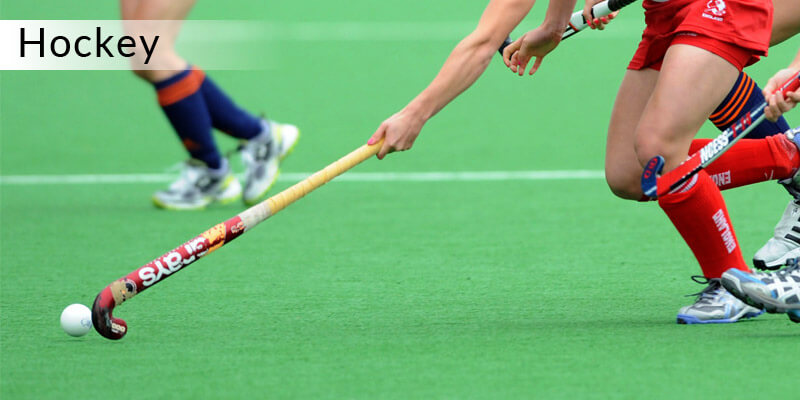 Many sports activities are enjoyed by different Asian countries. Among the most popular games played in the continent are hockey, cricket, soccer and polo. Apart from street sports and recreation, these games are also played on a higher level by most countries. Asians compete with the world through their international teams and have produced some of the most outstanding players and teams.

Discover more information about the most popular sports in Asia through the following discussion.

Originating from Europe, the popularity of cricket has spread the world over. The game is particularly popular in Asia. International teams in Asia, having the highest Test Status in the world of cricket – belong to Pakistan, India, Sri Lanka and Bangladesh. The Asia Cricket Council was set up in 1983 in order to promote this game in the continent. The organization holds the Asia Cup every two years. Cricket teams from different Asian countries participate in the event which promotes goodwill among them apart from popularizing the game. 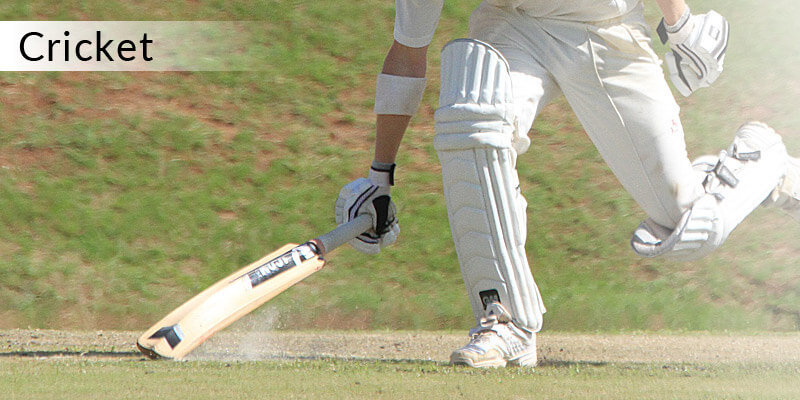 Another of the most popular sports in Asia is Polo. The thrilling game is played on horsebacks between two teams. The objective of the game is to score goals. The sport is enjoyed in various Asian countries including Pakistan, India, Malaysia, Indonesia, Philippines and the United Arab Emirates. The origin of Polo is Central Asia where it was invented between 6 BC and 1 AD. Today, it is played in various countries of the world. Shandur Top in Chitral, Pakistan is the world’s highest polo ground located at a height of 3,700 meters.

The game can get dangerous at times leading to minor as well as severe injuries sustained by the players. The famous founder of the Mamluk Dynasty, Qutubuddin Aibak – the first Sultan of Delhi –died when he fell down from his horse while playing Polo in Lahore. 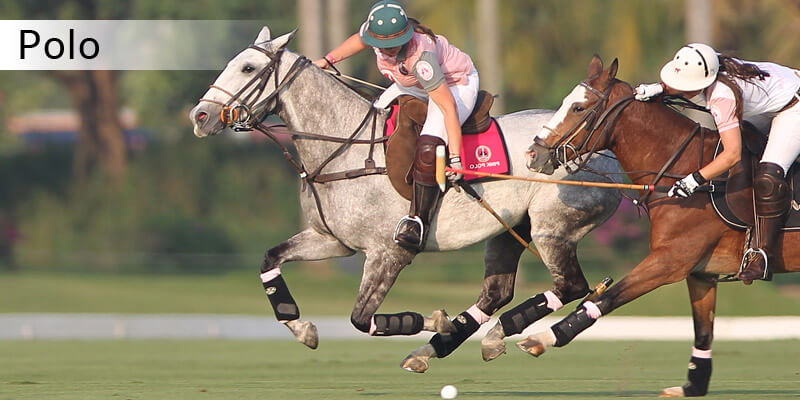 The world famous game, hockey is played using a curved stick and a ball. Players from two opposing teams have to drive the ball towards their own respective goals. Several variations of the game exist in different parts of the world, such as ice hockey, roller hockey and field hockey. The form most popular in Asian countries is the latter.

It is one of the sporting activities with the oldest historical background. Images of players using curved sticks and a ball can be seen carved on stones which are thousands of years old. Such carvings discovered in Egypt were as old as four thousand years while historical evidence of hockey found in Ireland and Ancient Greece dates back to 1272 BC and 600 BC, respectively. Today, it is a famous game all around the globe. The Asian Hockey Federation is responsible for developing field hockey in Asian countries. It consists of thirty members including Afghanistan, Iran, Pakistan, India, Bangladesh, Japan, Indonesia, Korean, and many others. Field hockey is the national game of Pakistan and India where fervor fans of the sports are found.

Buzkashi – goat dragging – is a famous sport of Central Asia. It is much like polo with the players riding horses. The objective, however, involves dragging the carcass of a goat or calf towards the goal. It is, therefore, an extremely thrilling game. It is Afghanistan’s national sport.

Buzkashi was invented by the nomadic Turk Mongols between the tenth and fifteenth centuries as they migrated from the north east towards the western parts of Asia. Today, it is enjoyed in several countries including Kazakhstan, Kyrgyzstan and Tajikistan. Variations in rules may be seen, but the main aim of Buzkashi remains the same wherever it is played.

Table tennis is famous the world over, particularly in Asia. The game involves the use of a small round shaped bat to hit a ping pong ball across a hard table which is divided into two equal parts by a net. It is played between two players while four can also participate – two on each side of the net.

The game originated in the nineteenth century. It is believed that British officers used to play it in India – a colony of Britain at that time. The game’s popularity then spread to the United Kingdom as well as to other parts of Asia. Today, it is played at an international level by many countries including China, Korea, Japan, Bangladesh, Pakistan, Sri Lanka and many other countries of Asia. There are forty-four member associations which are affiliated to the Asian Table Tennis Union. The organization was founded in 1972 with the purpose of promoting the game in the continent. The headquarters of ATTU operate from Beijing, China. In addition, the International Table Tennis Federation holds the Asian Table Tennis Championships between Asian countries. Separate competitions are held for men and women. 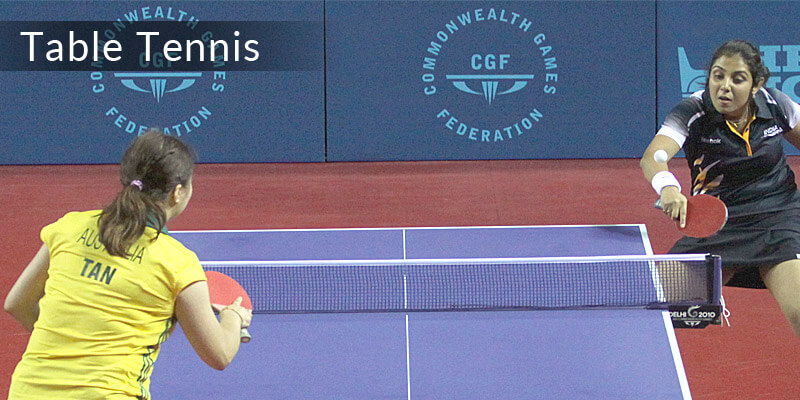 Badminton is an amusing game played using a racquet and a shuttlecock. It was created back in the nineteenth century by British officers who were stationed in the British colonized India. The popularity of the sport spread rapidly to other parts of the world, especially Asia. Today, some of the finest badminton players belong to countries like China, Japan, Pakistan, India, Philippines, and Honk Kong.

The Badminton Asia Confederation is the governing body of the game for Asian countries. It comes under the flag of Badminton World Federation along with four other continental bodies. The BAC was founded in 1959 and aims at making Asia a paradigm for world badminton. The organization consists of forty-one members and operates from its headquarters in Malaysia. 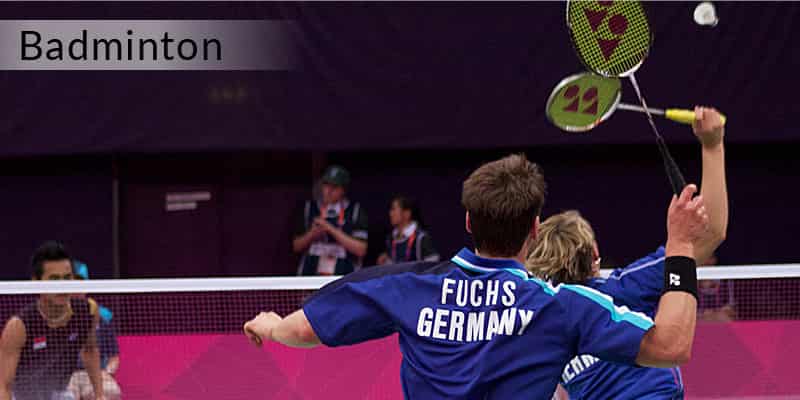 Known as the Asiad, the Asian Games consist of a multi-sporting event which is held in every four years. After the Olympic Games, it is the world’s next largest sporting event. The event is recognized by the International Olympic Committee. So far, the Asian Games have been hosted by nine different countries with forty-six participating nations. The competitions held include a wide variety of games, such as badminton, field hockey, football, cycling, boxing, cricket, basketball, golf, gymnastics and even board games. The most recent event was held in 2014 hosted by South Korea.