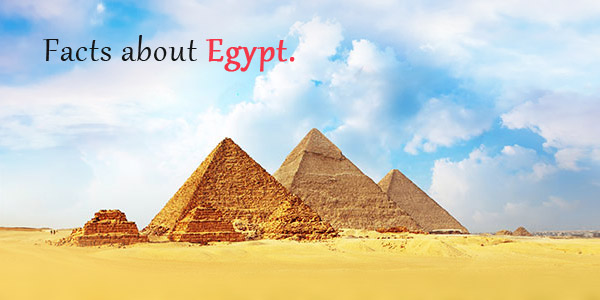 Egypt – the cradle of civilization, the origin of mysterious pyramids and house to a portion of the world’s longest river – has many enthralling facts related to it. It is one of the few transcontinental countries of the world which span over an area of two continents. The Arabic Republic of Egypt extends from southwestern Asia to northeastern Africa. It is house to more than eighty eight million human souls. Egypt has a record of an extremely rich ancient history which makes it exceptionally fascinating. Its history dates back to the 10th millennium BCE. The country is, therefore, regarded as one of the world’s earliest nations.

Read on to discover a number of many interesting facts about Egypt.

The country of Egypt spans over an area of 1,002,000 square kilometer. To the west, it is bordered by Libya while Sudan lies to the south. Israel and the Red Sea cover the eastern border of Egypt.

Egypt is an Arab country with Islam as the predominant religion. Around ninety percent of the Egyptians are Muslims while the rest practice Christianity. A small portion of the population also consists of Jews and Baha’i. The ancient history of religion in the country is very interesting. Have a look at the following fascinating facts about the faith of the ancient population of the region. 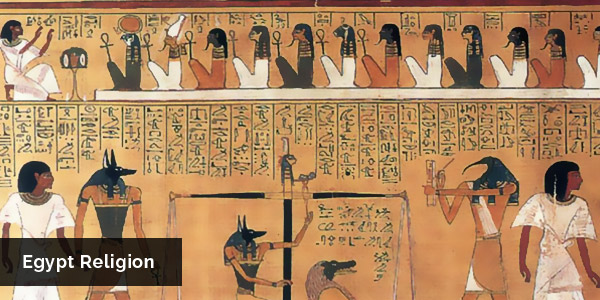 The fascinating pyramids were built as luxurious tombs for the pharaohs. According to a survey carried out in 2008, the total number of Egyptian pyramids discovered to this day is 138. Read on to find out some interesting information about these wonderful historical mega structures. 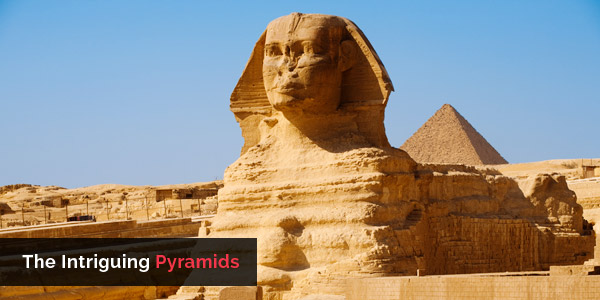 The powerful pharaohs were the emperors of the country. They were deemed as an intermediary between the common people and their multiple gods. In fact, the pharaohs were supposed to be looked upon as partly human and partly god.

There is a huge number of amusing facts about Egypt. The following tidbits increase the fascination associated with the country which contributes to the flourishing tourism.

Many more intriguing facts about Egypt can be found related to its history and present day culture. It is, indeed, one of the most fascinating places on the globe.