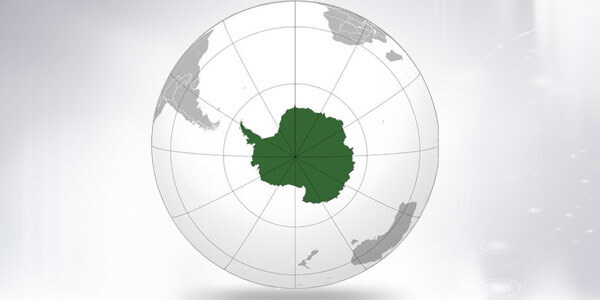 Antarctica, the third smallest continent in the world after Australia and Europe, covers the earth's South Pole. It lies in the Antarctic Circle and is surrounded by Southern Ocean. It is known as the coldest, windiest, driest and least populous continent of the world. Without any element of doubt, Antarctica is the coldest place on earth where water remains frozen year around. It is a frozen desert with very little precipitation. The temperature in the middle of the continent remains much colder as compared to the temperature on the coasts.

The continent sees two seasons; summer and winter. Summers are normally sunny, whereas the continent sees no sun in winters. When it snows in Antarctica, it doesn't usually melt. The snow freezes layer over layer before it gets hard and transform into thick sheets of ice, called ice sheets. The adverse weather conditions in Antarctica make it hard for people to live here for a longer period of time. Tourists usually visit Antarctica in summers. Antarctica's oceans are home to many whales, seals and penguins.

Antarctica is the only continent that is completely deprived of bushes and trees. Vegetation of the continent is mainly composed of algae and mosses. The male "Emperor Penguin" is the only warm-blooded animal that survives in the frosty weather of this frozen desert. The female penguin hibernates during the entire winter and comes out to hatch eggs.

NASA and various other countries are conducting researches in Antarctica; trying hard to alleviate their concerns regarding this frozen dessert. There are about 70 research stations of 30 different countries in Antarctica. They aim to examine the changes taking place in this continent. The scientists are carrying extensive researches to examine the influence of earth's temperature on its ice sheets. Similarly, they are interested in knowing the influence that this frozen land exerts on the earth's climate. Some of their other projects include the study of penguins, fish, global warming, glaciology, astronomy and climatology.

NASA asserts that Antarctica and Mars have a lot of things in common. Both the places are extremely cold and dry. It has further informed about the existence of meteorites in Antarctica. They say it's a good place to study about meteorites and other rocks that fall form space because it's easier to locate them on the white ice.

Some interesting facts about Antarctica

We are quite familiar with the fact that Antarctica is the coldest, driest and windiest continent that appears on the face of the globe. We are ready to unravel some of the mystical facts about this continent.

Antarctica falls in no man's land

Antarctica is a continent that falls in no one's territory. Few nations including Australia, New Zealand, Argentina and United Kingdom have laid claims over it, yet it still appears to be an independent territory without any government ownership or rule. Antarctica treaty was been signed by 48 nations, designating it as a "natural resource" that primarily stands for peace and scientific experiments.

Antarctica is the only continent without a time zone

Antarctica does not follow any time zone. The scientists or tourists who usually come here reside here, following the time of their homeland.

There are no permanent residents in Antarctica.

Extreme and adverse weather condition in Antarctica does not allow people to reside here permanently. The only people who mostly stay here are scientists. On average, 5,000 people stay here in summers. The number considerably drops down during the winter season.

One can find a large number of meteorites in Antarctica. They get more prominent against the white ice that makes them easily identifiable. Furthermore, they remain covered with ice that minimizes the influence of corrosion on them. More than 10,000 meteorites have been discovered in Antarctica since 1970. Therefore, if you are interested in meteorites, Antarctica is the right place for you!

Melting of ice sheets in Antarctica may lead to a catastrophe.

A recent report states that, if global warming were to cause its ice sheets to melt, the oceans levels would dangerously raise by 200-210 feet.