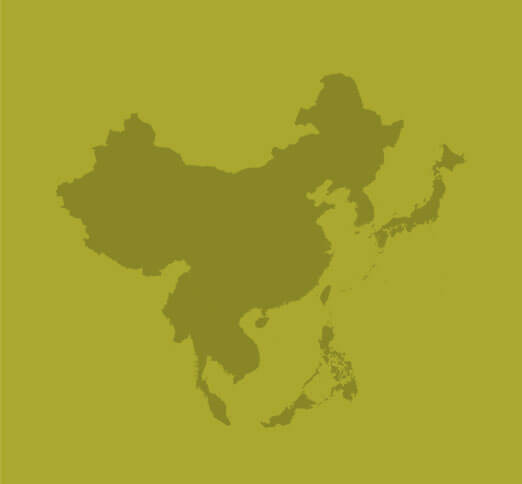 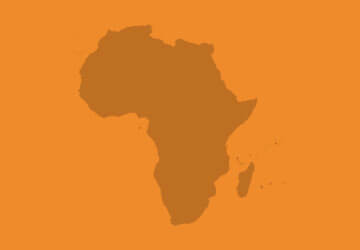 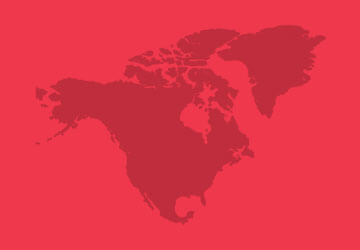 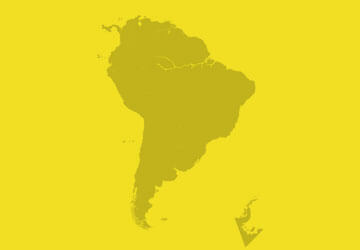 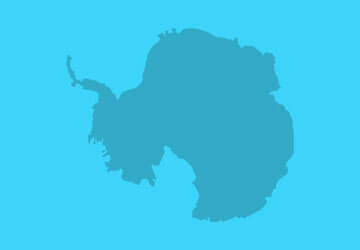 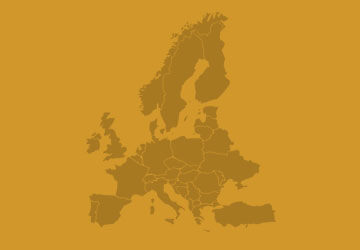 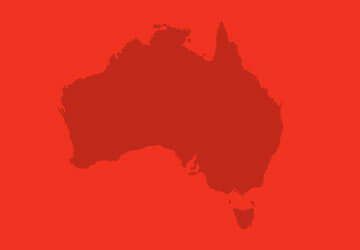 Most Technologically Advanced City in the World

Asia is the Largest Continent In The World.

7 Continents of The World

Supercontinent Pangaea gave rise to 7 continents of the world to cover 1/3rd of the earth’s surface. Covering remaining 2/3rd of the plant’s surface are five oceans which formed from the super ocean, Panthalassa. Asia is the largest and Australia the smallest on 7 continents list. Each continent abounds in wonders and mysteries. Let’s discover ... 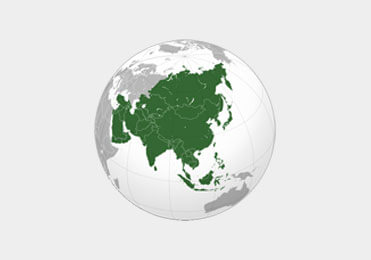 Asia is the world's largest continent with respect to both population and area. Almost 1/3rd of the world’s population lives here. It is also home to 10 highest mountain ... 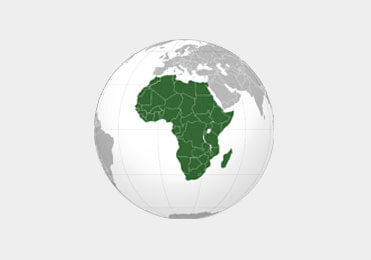 Africa is the second largest continent on the planet Earth. Covering almost 22% of the world’s total area, it is also home to world's largest desert as well... 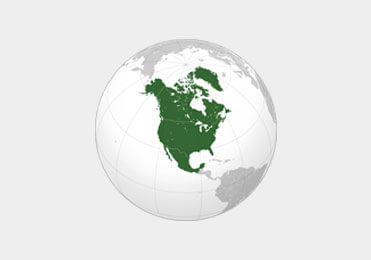 North America is the third largest continent in the world after Asia and Africa. In Mexico, there are world's largest petroleum and natural gas deposits. Geographic ...

25 Windows In The Crown of Statue 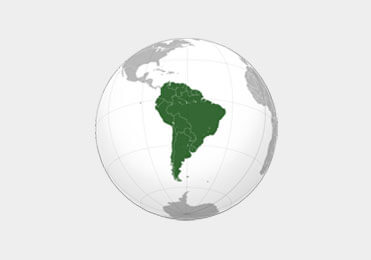 South America is the fourth largest continent of the world. About 12 percent of the world’s total population is inhabiting this geographical division on earth... 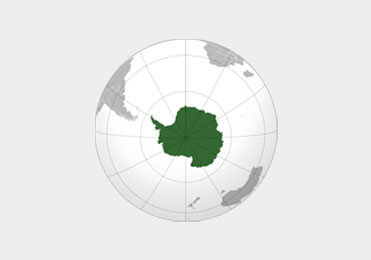 Antarctica is the coldest, driest as well as windiest continent of the world towards the South Pole...

Some Interesting Facts About Antarctica

Antarctica is The Coldest And Driest Of All The Continents 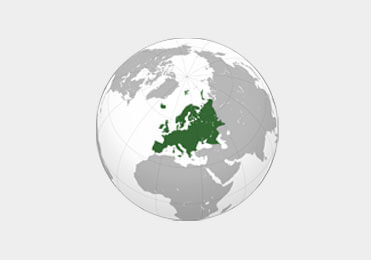 Also known as Europa, Europe is the sixth largest continent in the world and is famous for having a... 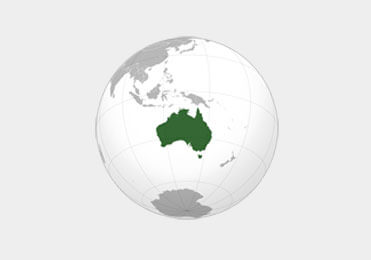 Australia is the world’s smallest continent. According to some geographers, being surrounded by water,...

What is a Continent?

As defined by Sayre (1998), a continent is one of the largest landmasses riding on one or more tectonic plates and provides us a surface to live on. In the very beginning, the earth was hot and liquid. The floating material on the surface cooled and became solid, ultimately assuming the shape of a continent. [1]

The single large continent Pangaea was broken apart due to the movement of tectonic plates. The tectonic plates kept moving apart and brought the 7 continents of the world into the present arrangement. Concerning tectonic plates, these are huge slabs of the earth’s crust floating on the hot melted rock below. A single tectonic plate can carry the whole continent along with a piece of an ocean. [2]

Who was the first to devise continental distinction? The 7 continents list, as you know it today, has passed through a long evolutionary history starting with a two-continent scheme. According to Arnold Toynbee, a British historian, these were the ancient Greek mariners who distinguished between two great landmasses of their known world. They named the lands separated by complex interior waterways as Europe and Asia. The water passages, like the Aegean Sea, the Sea of Marmara, and the Black Sea, became the core of continental system when they were designated as the boundary between Asia and Europe. [3]

A three-continent scheme was evolved by Greeks by the addition of Libya (Africa) to the existing two-continent scheme. The Nile was considered as the natural divider between Asia and Africa. The Aegean Sea was thought of as lying at the heart of the Greek conception of the globe. The lands to its east were called Asia. Europe denoted the lands to its north and west. The lands to the south of the sea were called Libya (Africa). [4]

Herodotus, a fifth century BC Greek historian, questioned the conventional three-part system, terming it the product of overly theoretical orientation of the Greek philosophers. He also criticized the division of African and Asian landmasses along the Nile. Herodotus argued in favor of empirical cartography based on exploration and travel. [5]

Aristotle suggested a middle position for the Greeks. In other words, he excluded the Greeks from the continental scheme altogether. He argued that, like the Greek lands, the Greek character also occupied the middle position between that of Asia and Europe. [6]

After around two millennia, the threefold division of the earth by Greeks was reinforced and sacralized by St. Jerome who mapped onto it the story of Noah’s successors. St. Jerome translated Bible in around fifth century AD. He stated that each of the three sons of Noah (Shem, Ham and Japheth) was given one of the three parts of the world (Asia, Europe and Africa) in inheritance. [7]

The classical and mythologized model of the world remained in vogue until the early modern period with little alteration. When the Europeans crossed the Atlantic and discovered America, the threefold division of the world needed to be upgraded to fourfold continent scheme. However, the new scheme took long to get widespread public acceptance. In the seventeenth century, the Americas were considered as one of the parts of the four quarters of the world. [8]

During the 1950s, the geographers particularly from America insisted on giving the North and South Americas separate designations as two continents. At the same time, despite its lack of the human inhabitants, Antarctica was also advocated for its status as a continent to complete, leading to the formation of a 7 continents list. [11]

Starting with the ancient twofold division during the pre-Christian era, the designation of big contiguous landmasses on earth reached its climax in the mid-20th century when the 7 continents list was finally completed. Here you will learn about some interesting 7 continents facts unknown to you before.

The fifth largest planet of the solar system, the earth revolves at the speed of nearly 30 kilometers per second around the sun. About 29 percent of the earth surface is covered by land while the remaining 71 percent of it is water. There are seven big contiguous land masses, called continents, and thousands of small pieces of land, scattered here and there in the oceans, called islands.

Australia is world’s smallest continent and the sixth largest country by area. However, in terms of population, it occupies the 51st place. Another name given to Australia and the surrounding islands is Oceania. Oceania consists of the Islands of the central Pacific Ocean.

As a country, Australia spans across the area of nearly 7.7 million square kilometers. On the other hand, the area of Oceania as a continent is around 8.5 million km2.

According to Dr. Gideon Polya, after the British invasion of 1788, the population of Black Aboriginal Australians was reduced from 1 million to 0.1 million in a century through the horrendous act of genocide. By 1911, the British had wiped out about 90% of the Indigenous Aboriginal population. However, as a part of propaganda, the government, media and education system do not accept this historical and claim that the Black Aboriginal population died of disease. (Source: Atlanta Black Star) [12]

The Black Indigenous Australians have been living on the continent for over 45,000 years! [13]

As listed by Camden, et al. (2003), here are some interesting Australia facts most of which might be unknown to you.

Europe – The Land of Mythologists, Explorers and Colonizers

The second smallest continent, Europe is the western most part of the continental landmass, Eurasia. Two sides of the continent are bordered by two oceans, third by a sea and the fourth by a mountainous range. The Arctic Ocean forms a boundary to the north of the continent, the Atlantic Ocean to the west and the Mediterranean Sea to the south. To the fourth side, there are Ural Mountains forming an arbitrary boundary between Asia and Europe.

The entire continent spans across an area of over 10 million square kilometers and is gives the sixth place on the 7 continents list. There are 50 sovereign states with other six territories given limited recognition.

Old, low mountains to the northwest, broad norther plains, eroded mountains in the center and southern Alpine-Mediterranean Europe are the four major zones of the continent.

In addition to being the land of explorers and colonizers, Europe is known for the interesting tales of Greek and Roman gods and goddesses. The ancients believed that different gods and goddesses, living on Mount Olympus, were assigned specific roles to govern the birth, life events and death of the people. Some interesting Europe facts are listed below for your perusal and subsequent entertainment.

First sighted by Russians in 1820, the coldest continent on earth is house to 90 of the world’s ice – and still the driest place on earth! Containing the South Pole and located almost entirely south of the Antarctic Circle, Antarctica is the fifth largest continent in the world. The vast stretches of the coldest place on earth cover an area of over 14 million km2. It is surrounded by the Southern Ocean, also called the Antarctic Ocean.

Logically, the least explored land would be housing more mysteries than any other area on earth. And you might be equally curious to explore those mysteries. Here you go then.

The fourth largest continent, South America spans across an area of over 17.8 million km2, accounting for around 12% of the planet’s total landmass. There are 12 independent states and 3 dependent territories in the continent.

The largest and the most populous county of South America is Brazil with the area of over 8.5 million square kilometers and the population of more than 207 million (2017 estimate). Let’s learn some interesting South America facts as listed below.

Also called the northern continent of the Americas, North America is the third largest continent representing 16% of the planet’s total landmass. Extending from North Pole to the Tropic of Cancer, it covers an area of around 24.7 million square kilometers.

Here it is pertinent to note that the word “America” may refer to either the North American continent or the country of the United States of America. The US is made up of 50 states.

In The Visual World Atlas: Facts and Maps of the Current World, Fortin et al. (2008) highlight some fascinating North America facts. Some of these facts are listed below:

Known as the “cradle of humankind”, Africa is the second largest continent on the 7 continents list spanning across the area of 30 Million Sq. Km. It houses the world’s largest desert, the Sahara Desert and the longest river, the River Nile. There are 55 UN-recognized sovereign states in the continent.

With the population of 1.2 billion individuals, it ranks as the second most populous continent of the world after Asia – the largest and the most populous continent. The history of human activities on the continent can be divided into seven periods. Moving in chronological order, these periods include Evolution, the Pre-History, Formation of African States, Conflicts with Europeans, 19 Century Commerce, Colonization, Decolonization and the Post-Colonial Era.

Adeola (2016) in '2222 Facts About Africa' reveals some astonishing Africa facts. [26] The most interesting of those are listed below. Besides adding to your knowledge, you’ll also enjoy learning them.

The continental landmass of Afro-Eurasia is shared by Asia, Europe and Africa. While Africa is known for origin and evolution of modern humans, Asia is regarded as a sight for many of the first human civilizations in the world.

Arbitrarily divided along the Ural Mountains, Europe and Asia share the same continental mass, called Eurasia. Let’s explore some interesting Asia facts which may not already be known to you.