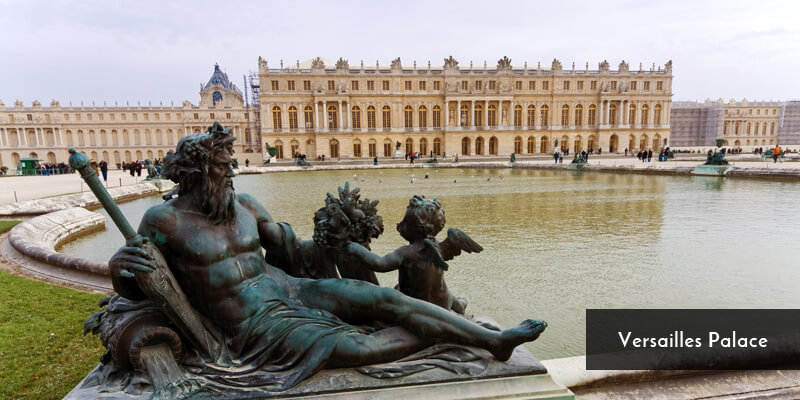 The European continent offers relics of a rich history, spectacular natural beauty and man-made marvels to woo travelers from all around the globe. The following discussion provides information about the most famous places of tourist attraction in Europe.

At the top of the list of European tourist attractions is Rome. Those who are interested in tasting the Italian culture and visiting fascinating historic sites would love to travel to the capital of Italy. Here are the places worth visiting in Rome.

The Colosseum had been the site of the most thrilling form of ancient Roman amusement – gladiator fights. It could hold as many as fifty thousand spectators at a time. Today, the remains of the mighty structure are visited by a large number of tourists who enjoy viewing the arena amid golden spotlights after sunset. 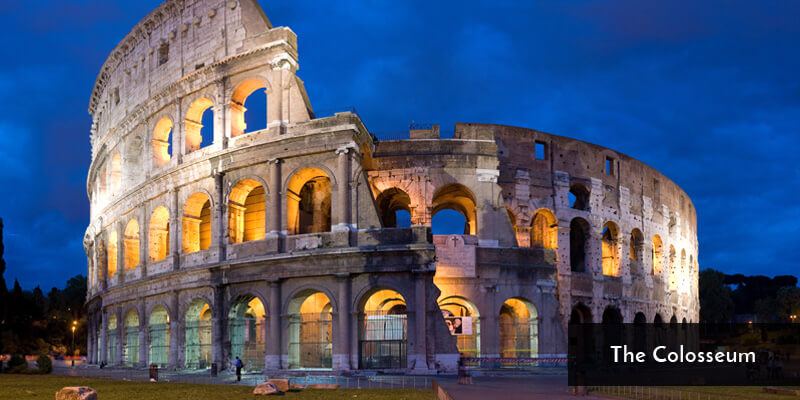 Another of the most famous Roman tourist attractions is the Trevi Fountain. It was built in the eighteenth century and sits amid hotels and shopping outlets today. As Roman lore has it, throwing two coins in the fountain fulfills one wish of falling in love with a gorgeous Roman. Although modern tourists do not believe in the lore any more, the custom of throwing coins is still practiced for the sake of fun. 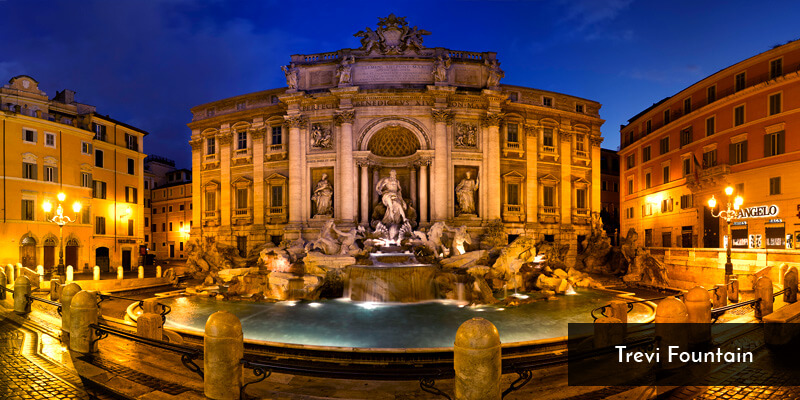 The circular Pantheon is an old pagan temple. It is the burial site of the famed Raphael – the artist – as well as two renowned Italian kings. The building is located in Piazza Della Rotunda where tourists can warm up with some coffee or indulge in a slice of Italian pizza. 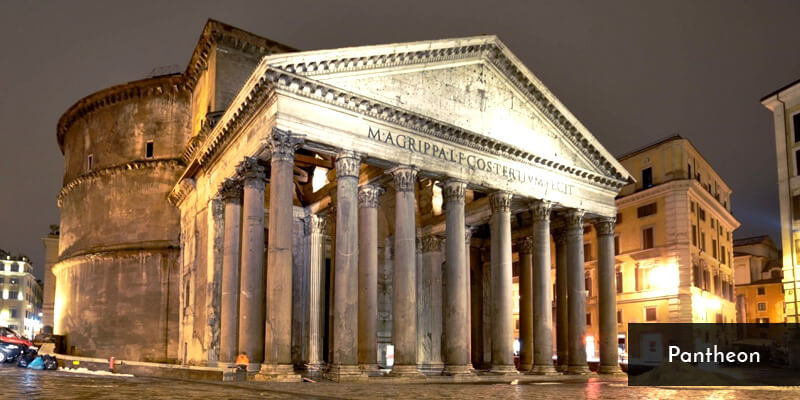 Another significant historic site in Rome is the Forum. The remains of the complex consist of government houses, ancient Roman monuments as well as shrines. This is a free attraction for tourists. The Roman Forum is a must-visit spot in order to truly experience the region’s history. 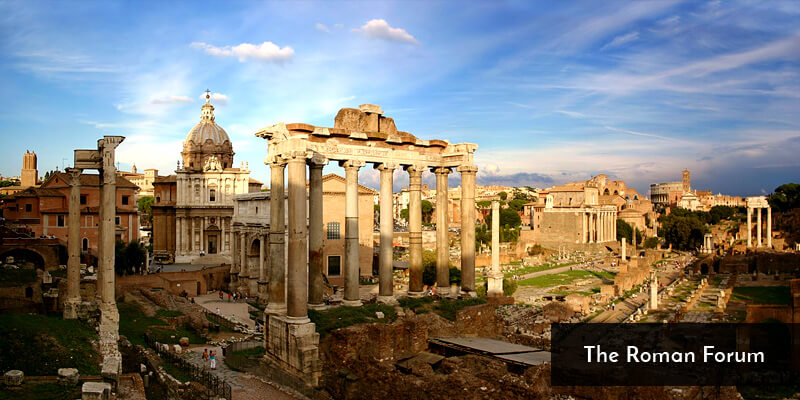 One of the biggest and most well-developed cities of Europe, London, offers a plethora of attractions to tourists. There are fascinating historical monuments as well as modern forms of enjoyment for those visiting from abroad. Following are the must-see places of London.

The famous Tower of London is one of the most significant historical landmarks of the city. The building consists of twenty towers, each one holding its value and importance. A sea of tourists visits every day despite the high admission price. The Ceremony of the Key and the Crown Jewels Exhibition are some of the highlights of the place. 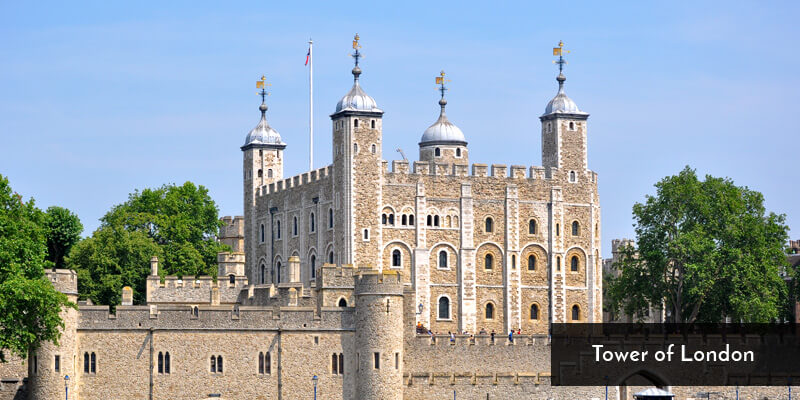 With a more beautiful exterior than the Tower of London, the Buckingham Palace always holds the onlookers in awe. It is the home of Queen Elizabeth II in London. Except for the private quarters of the Queen, the rest of the palace is open for visits by tourists. 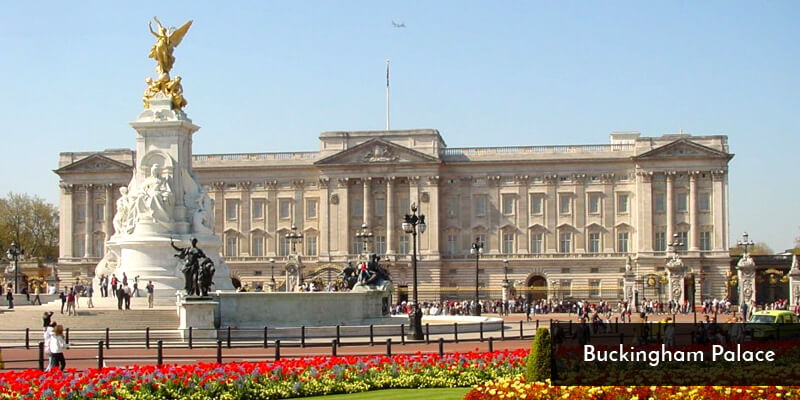 The Westminster Abbey is a beautiful church built during the medieval times. It is very important to the royal family since sixteen royal weddings and forty coronations took place here. The Abbey also holds a separate place, known as the Poet’s Corner, which is the resting placing for famous literary personalities like Charles Dickens. 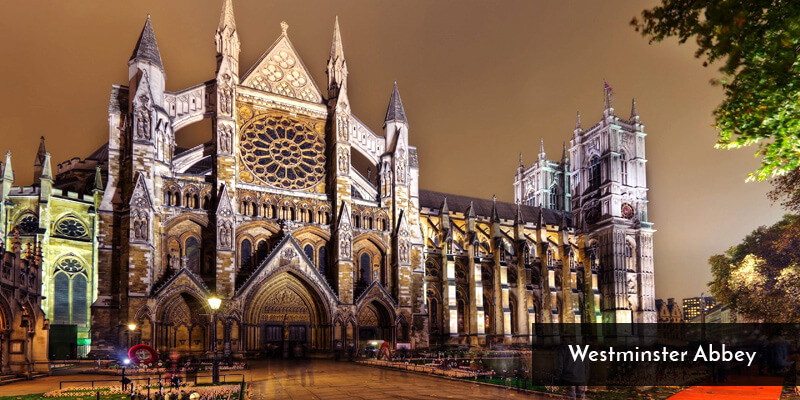 Another popular landmark of the city is the Tower Bridge. The stone and steel bridge lets tourists enjoy a beautiful view of the city. It is particularly worth visiting at sunset. During the Tower Bridge exhibition, tourists are taken to the highest point at the top of the bridge for an enthralling view. 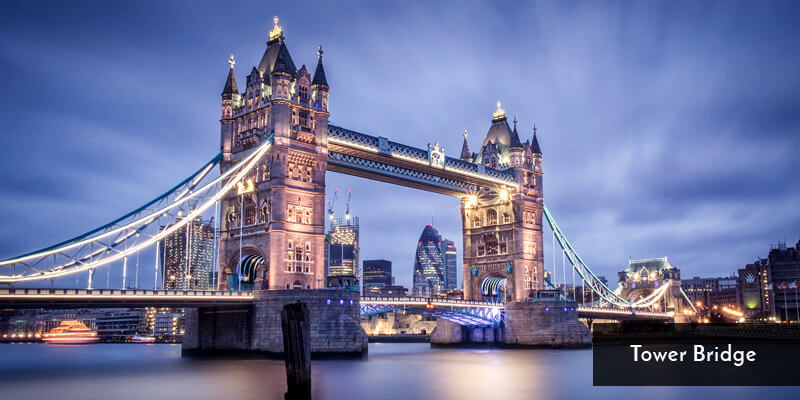 The giant Ferris Wheel, known as the London Eye, gives a unique panoramic view of the city to tourists. Tourists have to get in a long line and pay generously for the ticket. Indeed, a ride on the London Eye is a memorable experience. 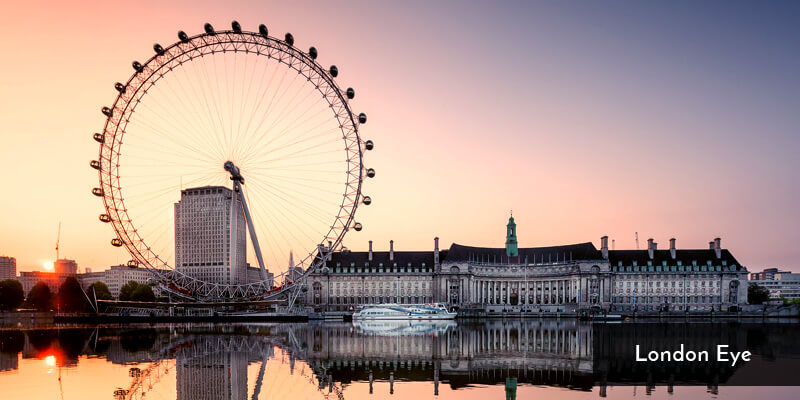 One of the most famous places of tourist attraction in Europe is Amsterdam. There are many places to visit in the city for those visiting from other parts of the world. Some of the must-see attractions of Amsterdam are discussed below.

Famous for the inhabitants of the house rather than the building itself, the Anne Frank House has historical significance for tourists. The fifteen year old girl, Anne Frank spent two years hidden in the house with her family in order to avoid being captured by the Nazi’s. During this time, she penned down her everyday experiences in a journal which become one of the world’s bestsellers after the World War II was over. The teenager died at a concentration camp but left her memories in the form of her journal and this house. It is for this reason that the building stands as one of the most important historical landmarks of Amsterdam. 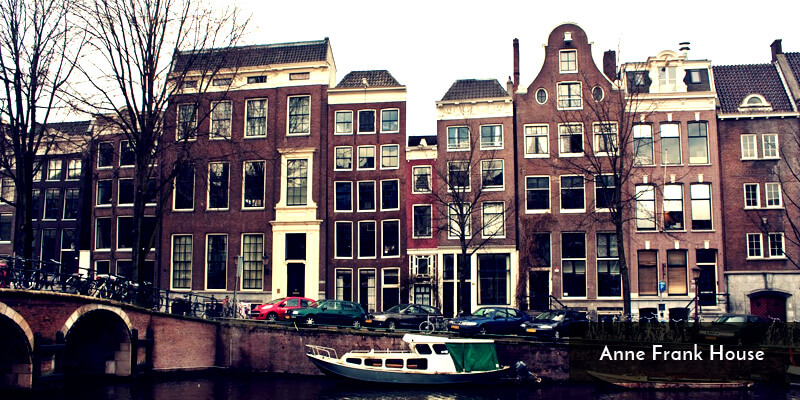 Vondelpark is Amsterdam’s most popular park. Be it a family picnic, a walk with a dog or a music concert, the park is available for any fun activity. Tourists seek pleasure in the natural surroundings and relaxing atmosphere. There is also an open-air theater and a number of cafes in Vondelpark. In addition, sculptures and statues add beautification to the place. 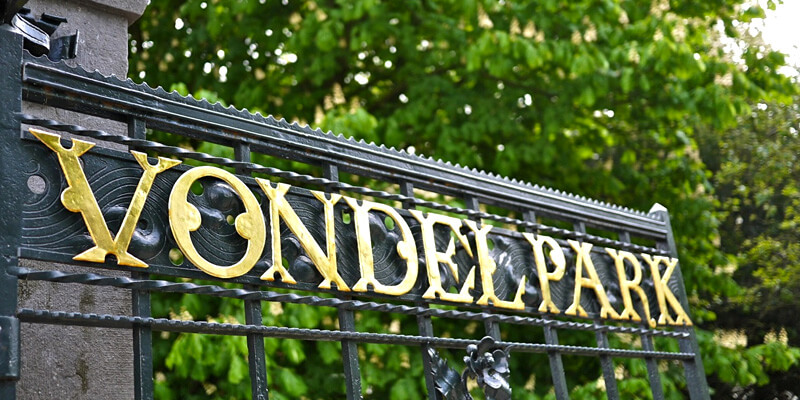 Vincent Van Gogh, one of the most renowned artists of Europe, is honored through the Van Gogh Museum in Amsterdam. His famous masterpieces are exhibited in the museum including his paintings, etchings as well as prints. 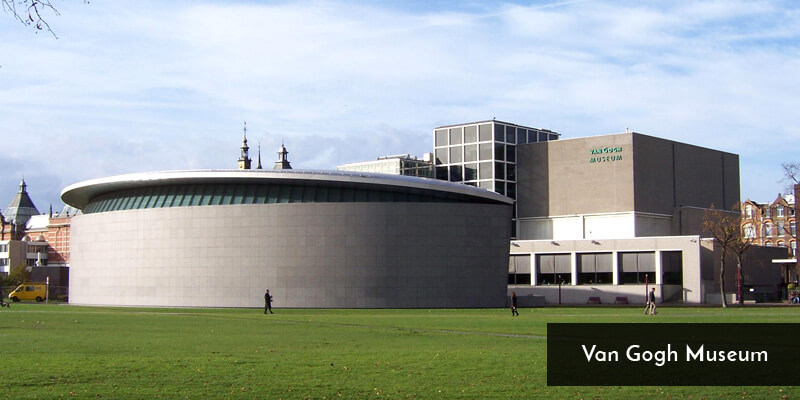 Tourists take pleasure in visiting Zandvoort which is a strip of sandy beach. It is located at a distance of fifteen miles towards the west of the center of the city. The beach is more popular during the summers when the number of tourists increases. 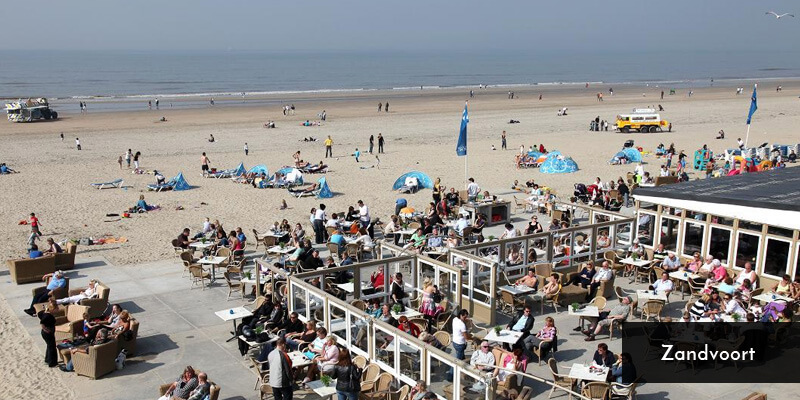 One of the most romantic tourist spots in Europe is Tuscany. The fame of the place was enhanced through the release of the Hollywood movie, Under the Tuscan Sun in 2003. Today, it is a famous spot for couples who come here to tie the knot or to celebrate their anniversary.

The following places are the major attractions of Tuscany.

The capital of Tuscany, Firenze, offers a taste of the Renaissance Art to tasteful tourists. The Galleria dell’Accademia, the Boboli Gardens and the Uffizi Gallery are some places offering marvelous relics of the period spanning from the 13th to the 16th centuries. On the other hand, modern-day restaurants and hotels allow tourists to enjoy the region’s savory food during their visit. 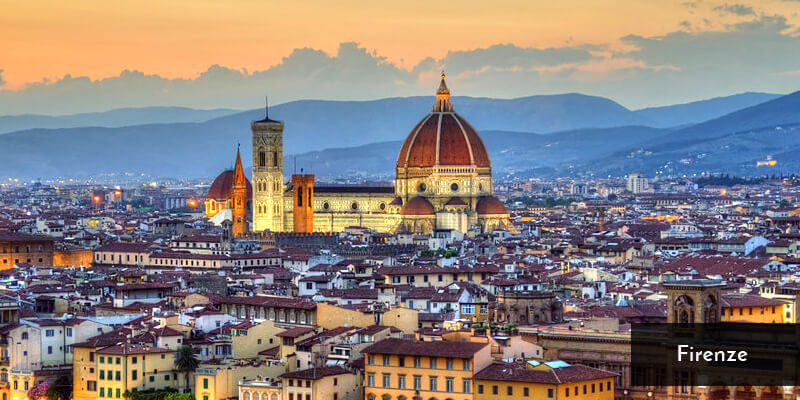 Another of the most charming cities in Tuscany is Siena. It highlights the Gothic Era through unique architecture of the period which is preserved in the city to this day. Among the top attractions is the Piazza del Campo which is also a UNESCO World Heritage Site. The city square is located at the foot of three magnificent hills. 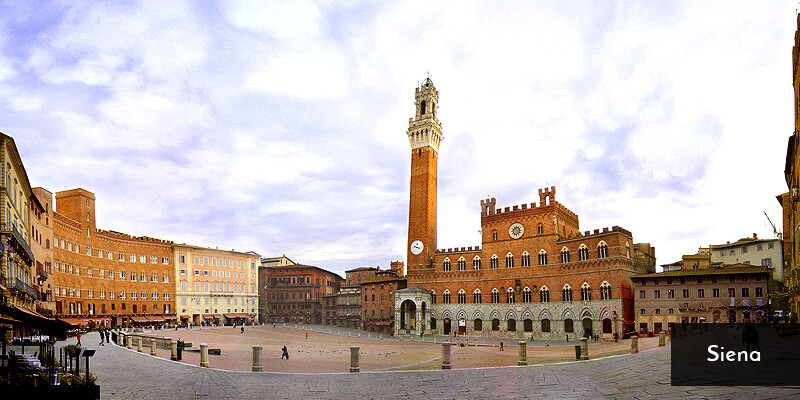 The Leaning Tower of Pisa

Pisa is a small town in Tuscany which has earned worldwide fame owing to the presence of the Leaning Tower. The structure is 183 feet high and leans at 4 degrees. Despite this defect, the building is architecturally sound and standing firm to this day. Tourists can climb up to the top of the Leaning Tower of Pisa after a flight of three hundred steps. 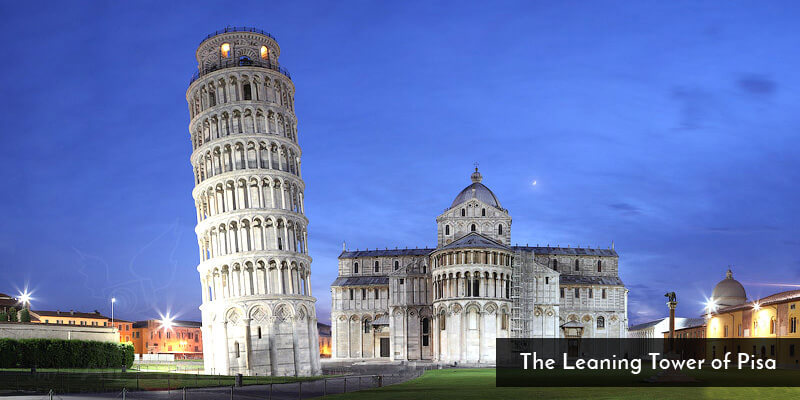 Another of the most romantic European tourist spots is Paris. The pride of France, the City of Lights, is a famous honeymoon spot as well as a heaven for a shopping spree. The following places in the city are worth a visit.

The identifying landmark of Paris, the Eiffel Tower was built in 1889. It is visited by a large number of tourists every day who are willing to stand in long lines to wait for their turn. However, the heavy ticket price is worth the visit. An elevator takes tourists to the top of the Tower for a memorable Parisian view. The visit is more worthwhile at night when the Eiffel Tower illuminates the city below. 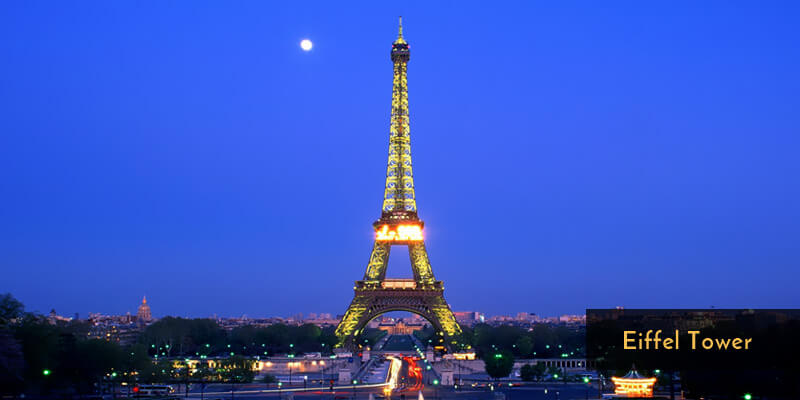 A fort turned into palace, the Musee de Louvre is another of the most famous landmarks of Paris. Today, it is the largest art museum of the world. This is where the legendary Mona Lisa, Venus de Milo and Victory of Samothrace are showcased.

For a relaxing retreat, the Luxembourg Gardens offer sixty acres of land for a sunbath amid beautiful natural surroundings. The well-maintained garden enables locals and tourists alike to take a break from the bustling city life and enjoy a few relaxing moments in the lap of nature. 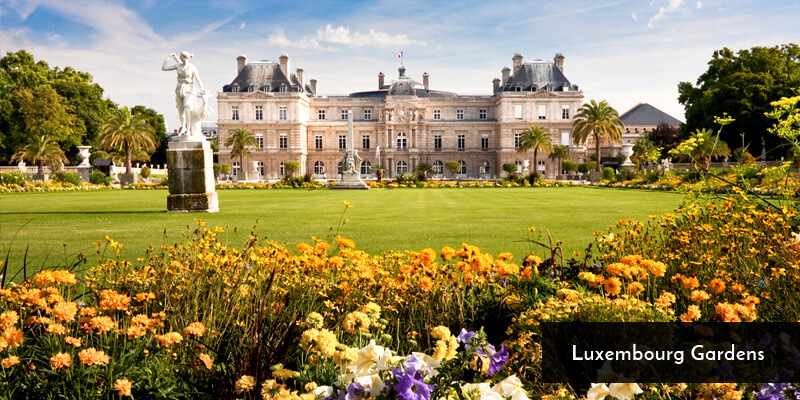 A famous culture site in the city is Centre Pompidou. Visitors can enjoy modern as well as contemporary art in the museum. A colorful fountain at the main entrance is another attraction. 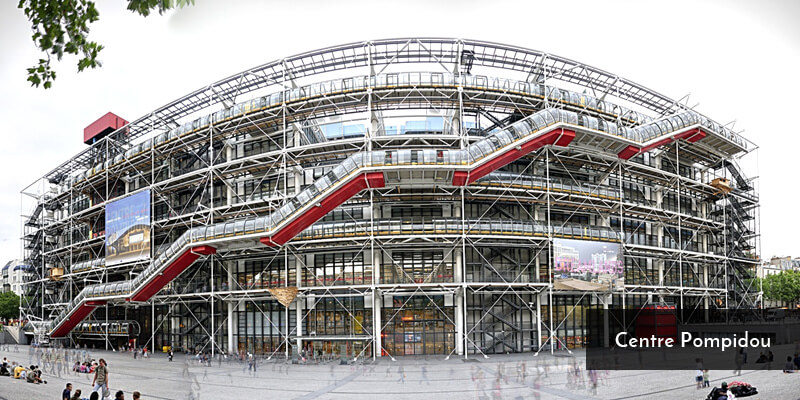 This suburb of Paris has been the former seat of power. Centuries ago, it was the residence of King Louis XIV. Years later, it served at the site where the Treaty of Versailles was signed which brought World War I to an end. Apart from its immense historic significance, the Versailles Palace also offers a picturesque spot for a picnic or mid-day retreat at the Versailles gardens.

Apart from the above mentioned spots, there is a plethora of other tourist attractions as well in Europe. The historical sites and museums of Crete, the castles, churches and art galleries of Dublin and the enchanting architecture and waterways of Venice all offer an enthralling experience to visitors. Indeed, the entire European continent offers plenty of attractions to tourists which prove to be worth the money spent on their trip.